This article is a stub. You can help Object Illusion Wiki by expanding it.

Everyone Else (except allies)

Cup is male contestant in Object Illusion. He was eliminated as a second because in the first qualifying he was threatened and then the second qualifying he had been the most votes.he is a kinda a funny character but he was most a villain.

Cup was eliminated flung away to elimination Island.

IPad told Cup to escape Elimination Island, before they left Cup asked IPad if he can take Cookie and Remote with them, but IPad said that they were useless and hopped on the boat with Cup and sailed away.

Strawberry saw IPad and Cup escaping without her so after a while Strawberry, Ipad, and Cup recovered in the eliminated recovery center after IPad was done talking Cup secretly called her stupid Strawberry angerly asked Cup what he said, Cup was trying to make something up but he couldn't. 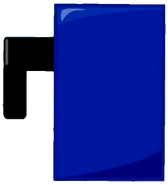 Add a photo to this gallery
Retrieved from "https://object-illusion.fandom.com/wiki/Cup?oldid=6923"
Community content is available under CC-BY-SA unless otherwise noted.